The View Of Chicago From Southwestern Michigan 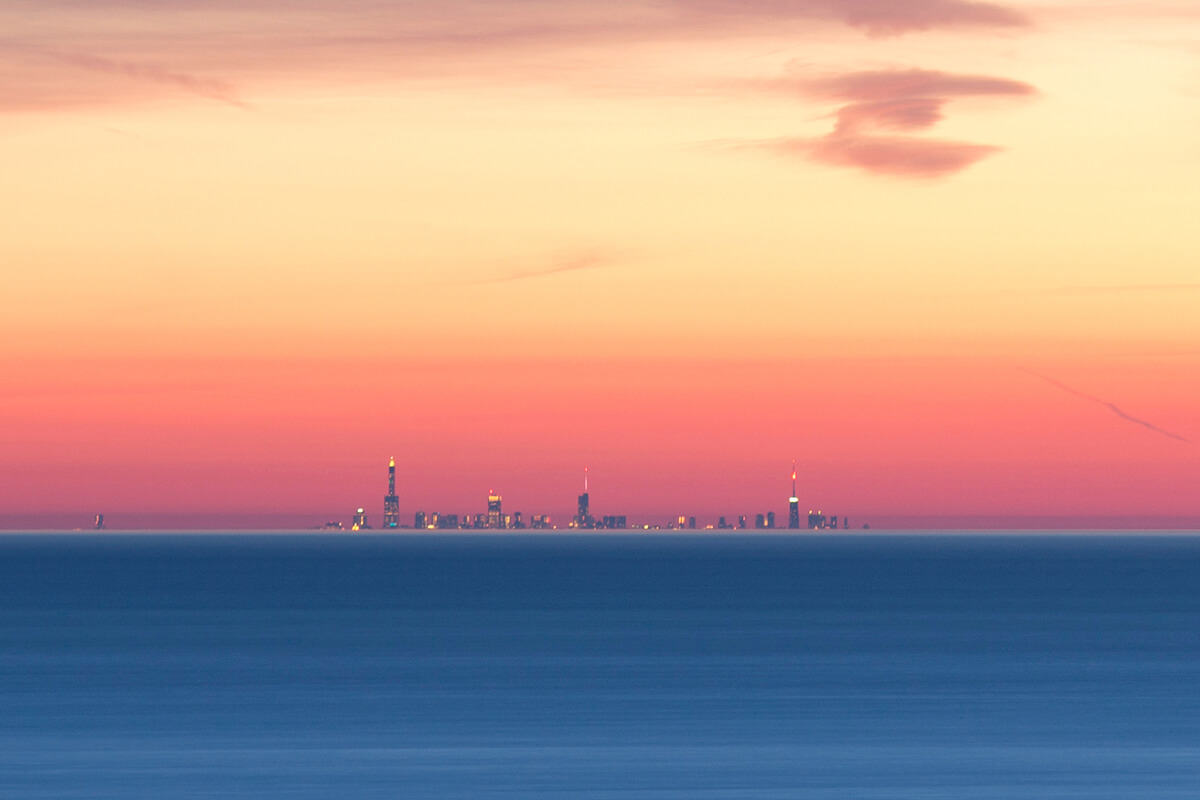 Several years ago I wrote a blog post about the view of Chicago from Michigan. Since then I have taken time-lapse photos, there has been more debate what is possible to see, and I have appeared in an ABC57 news segment talking about the science behind the view.

Shortly after moving to St. Joseph, Michigan, a number of years ago, people began telling me that on occasion you can see the lights and buildings of Chicago across the lake. It seemed impossible given the distance and the curvature of the earth, but I started looking. For months, I would look out over the lake, at different times of day, searching for the buildings. At night, it was possible to see a soft glow of light above the lake where Chicago should be, but not much more than that.

In October of 2012, I was camping at Warren Dunes State Park and decided to take a night time hike. Upon cresting one of the dunes, I looked out and there it was glowing against the dark sky. It was not nearly as large as I had expected, but it was there and it was quite visible. 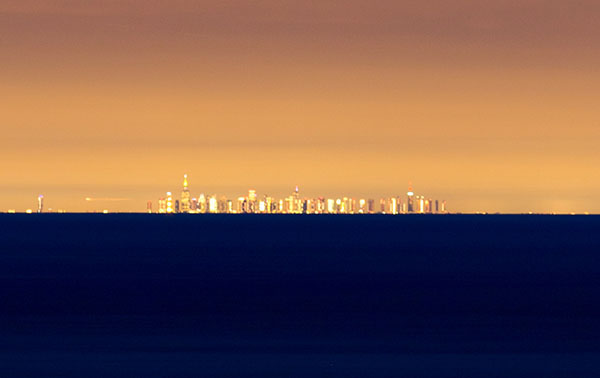 The next day upon returning home, I posted one of the photos I had taken online and a debate began. Some people thought it was a faked image, others said it was a mirage and some said they have been seeing it for years and sometimes they could see it even more clearly.

After knowing what to look for, I started to be able to see the buildings from other locations in Michigan ranging from New Buffalo to St. Joseph. The farther north you go, the fewer buildings you see and the smaller they become. The best time of day that I have found to see Chicago from Michigan is around sunset in the spring or fall, though it is possible to see any time of year when the weather conditions are just right.

Although it is possible to see by the naked eye, the view through a telephoto camera lens, binoculars or telescope improves the view. Some of my favorite easy to access viewpoints in St. Joseph are Lookout Park and from the Bluff in downtown St. Joseph between Schu's Grill & Bar and The Whitcomb. Although rarely visible and quite tiny, it is a fascinating view. 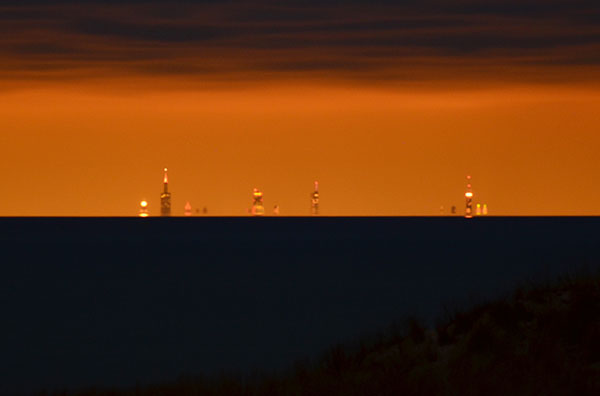 There is a scientific explanation to why Chicago can appear to be visible from Michigan. Mirage and Looming also explain why on occasion you can see more buildings and why they may look different sizes or shapes on different days. The story Skyline Skepticism: The Lake Michigan Mirage by ABC57 goes into depth about the phenomenon.

During your next trip along Lake Michigan be sure to stop at one of the State Parks or road-side parks and take a look for yourself.