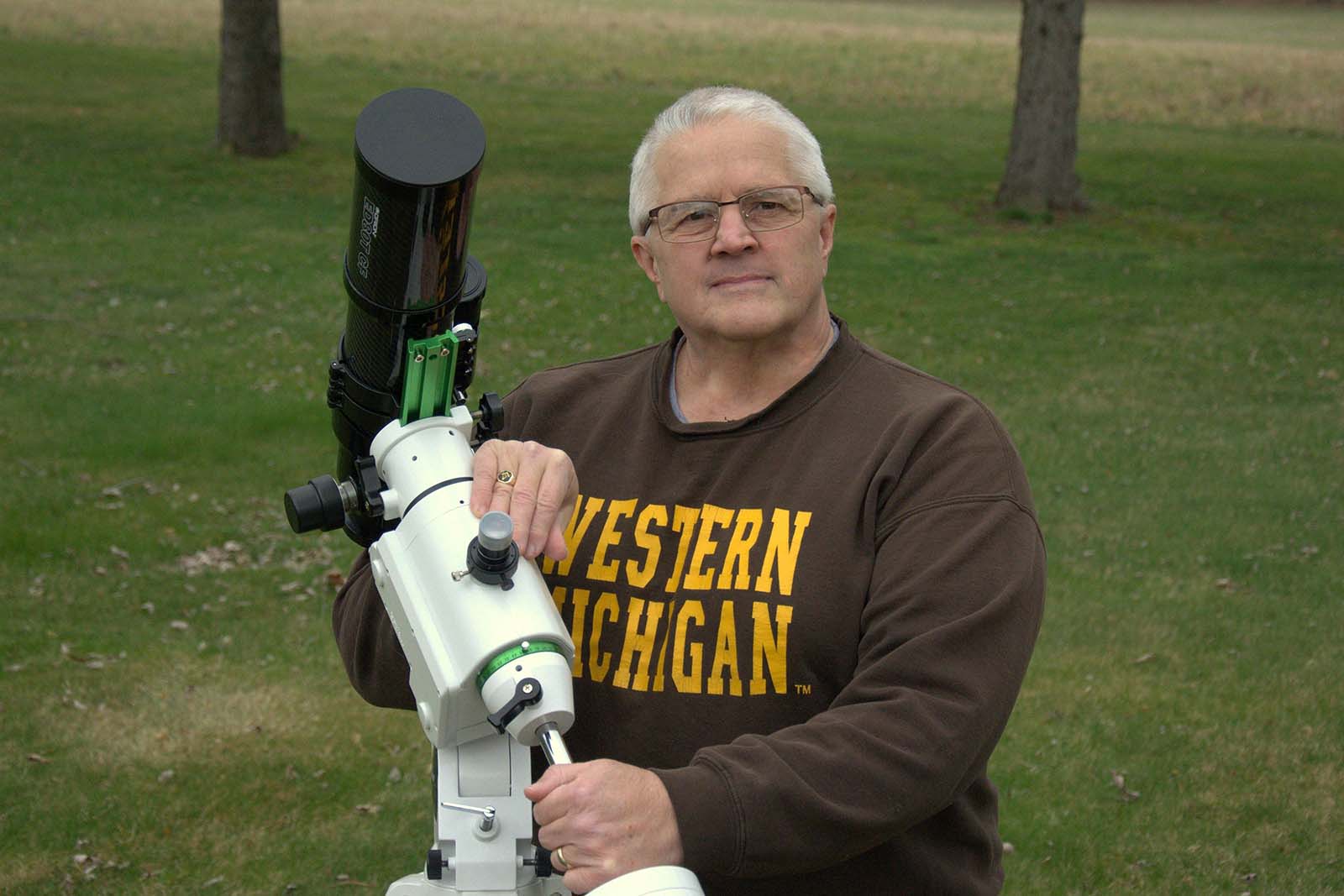 New International Dark Sky Park in Cass County is the second in Michigan. 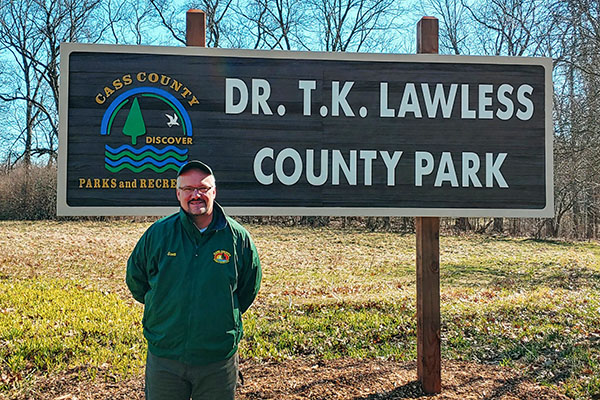 One of the hottest tourism trends is stargazing. And whether you’re a seasoned astronomer, looking for new date-night ideas or for a fun, outdoor activity to do with the kids, Southwest Michigan is an international destination for some of the best night-sky viewing. That’s right, Cass County’s Dr. T.K. Lawless Park in Vandalia is one of only two designated International Dark Sky Parks in Michigan and one of the state’s official Dark Sky Preserves.

Stargazing at Dr. T.K. Lawless Park is a year-round activity, but the next few weeks offer some of the best sky watching during July’s Dark Sky Awareness Month and August’s Perseid Meteor Showers.

We talked with two people who were instrumental in getting the park’s coveted Dark Sky designation. They are Cass County Parks Director Scott Wyman and local stargazer Robert Parrish. Here’s what they shared about how you can participate in this new, trendy outdoor activity.

Scott: This 820-acre park in Cass County, is located in a rural area in Southwest Michigan at 15122 Monkey Run Street in Vandalia. It is nine miles east of Cassopolis, off M-60 and Lewis Lake Road. The park is open year-round and boasts a broad range of recreational activities including four lakes and a stream for fishing, an 18-hole disc golf course, 10 miles of mountain biking trails, 7 miles of trails for hiking or in the winter, cross-country skiing, inner tube sledding plus much more. Our newest activities center around our International Dark Sky Park certification.

What is a certified International Dark Sky Park?

Scott: The International Dark-Sky Association makes the designation and we are one of two parks located in the state of Michigan to achieve this prestigious title. It took us 2-½ years of preparation, education and diligence to make sure that people actually could see the stars at night without interference from artificial light.

One of the stipulations we had to meet was that all of the park’s outdoor lighting had to be changed to fully-shielded LED 3,000K or less color temperature lights. Then we had to take and catalog acceptable quantitative light readings of the night sky to prove that Dr. T.K. Lawless Park meets the standards set by the International Dark-Sky Association.

This was a community effort, but it wouldn’t have happened without Robert Parrish, who lives in Edwardsburg. He’s one of our Cass County Parks commissioners, a delegate to the International Dark-Sky Association and a member of the Michiana Astronomical Society.

What inspired you to seek the International Dark Sky designation for Dr. T.K. Lawless Park?

Robert: Having grown up during the space race of the 1960ʼs, I was fascinated with anything related to Space. When I was seven years old, Santa Claus brought me a telescope. My Dad and I spent many hours together under the stars using that telescope and taking in the beauty of the night sky. My father spent a number of years in the Navy and he would relate to me how amazing the night sky would look from the middle of the Atlantic Ocean, far removed from light pollution. He worked closely with naval aviators (Aviators not pilots; itʼs a Navy thing.) who needed to know the night sky for navigation. They taught him how to identify the constellations which he passed on to me.

My Dad was the best father a kid could ever hope for. I lost him two years ago and I miss him every day. When he passed, I approached the Cass County Parks Board with the idea to get Dr. T. K. Lawless Park recognized as a Dark Sky Park. They liked the idea and allowed me to pursue the goal.

Do you have a favorite stargazing story? 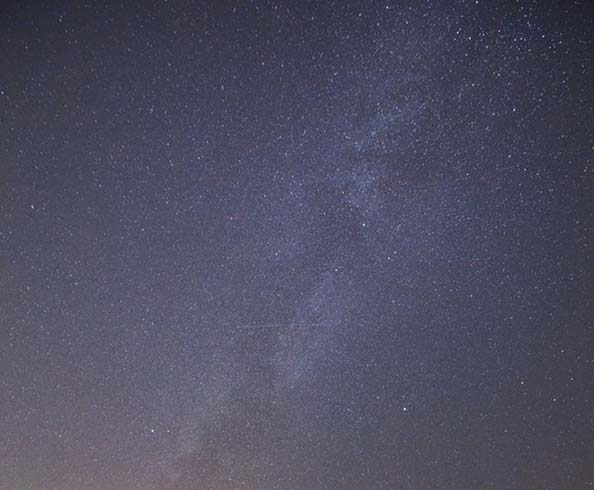 Robert: I think the best story I can offer includes my youngest daughter when she was around nine or ten. I let her look through the telescope to view the Andromeda Galaxy. While looking through the eyepiece, she started waving at the sky. I asked why she was waving, and she replied, “Just in case someone is looking back.

That story always makes me think of how big the Universe is and the real possibility that there just might be other civilizations scattered about. To steal a line from the movie Contact, when Jodi Foster is asked if there was other life in the Universe, her reply was, “If there isnʼt, it seems like a tremendous waste of space.”

Why is having a Dark Sky Park in Southwest Michigan important?

Robert: It was been estimated that over 80% of the U.S. population has never seen the Milky Way due to artificial light pollution. True dark sky areas are harder to come by and Dr. T.K. Lawless Dark Sky Park offers visitors the ability to see some of natureʼs most beautiful artwork. From the night sky, we can learn scientific, cultural and a certain “sense of placeˮ education. It helps to ground us by teaching us how small we are as actors on the huge stage of the entire Universe.

I also believe that Michigan is one of the most beautiful states in the union. That beauty does not have to end with the setting sun. Because our state is surrounded by the Great Lakes we can offer some of the darkest skies in the U.S. Right here is one of them.

Robert: Dr. Theodore Kenneth Lawless was a world-renowned African American dermatologist. He would often visit this area and made many friends. Because of this, he began to acquire land. Upon his death, his family donated that land to the state, which in turn donated it to the county. Learn more here.

What must people bring to stargaze at the park?

Robert: You donʼt need expensive equipment. Oneʼs eyes are sufficient to view the beauty of the night sky. Maybe just a portable chair for comfort and a red-light flashlight to protect your night vision. It is important Night Sky etiquette to avoid white light within a Dark Sky Park. It takes a few minutes for your eyes to adjust to a truly dark sky location. Of course, binoculars and telescopes can add to the fun.

When should visitors come to see the stars?

Scott: The park will be open late on the following dates, weather permitting. Admission is $1 for county residents and $3 for non-county residents. Meet in the main parking lot and volunteers will guide you to the best viewing site.

International Dark-Sky Association and the Benefits of Dark Skies