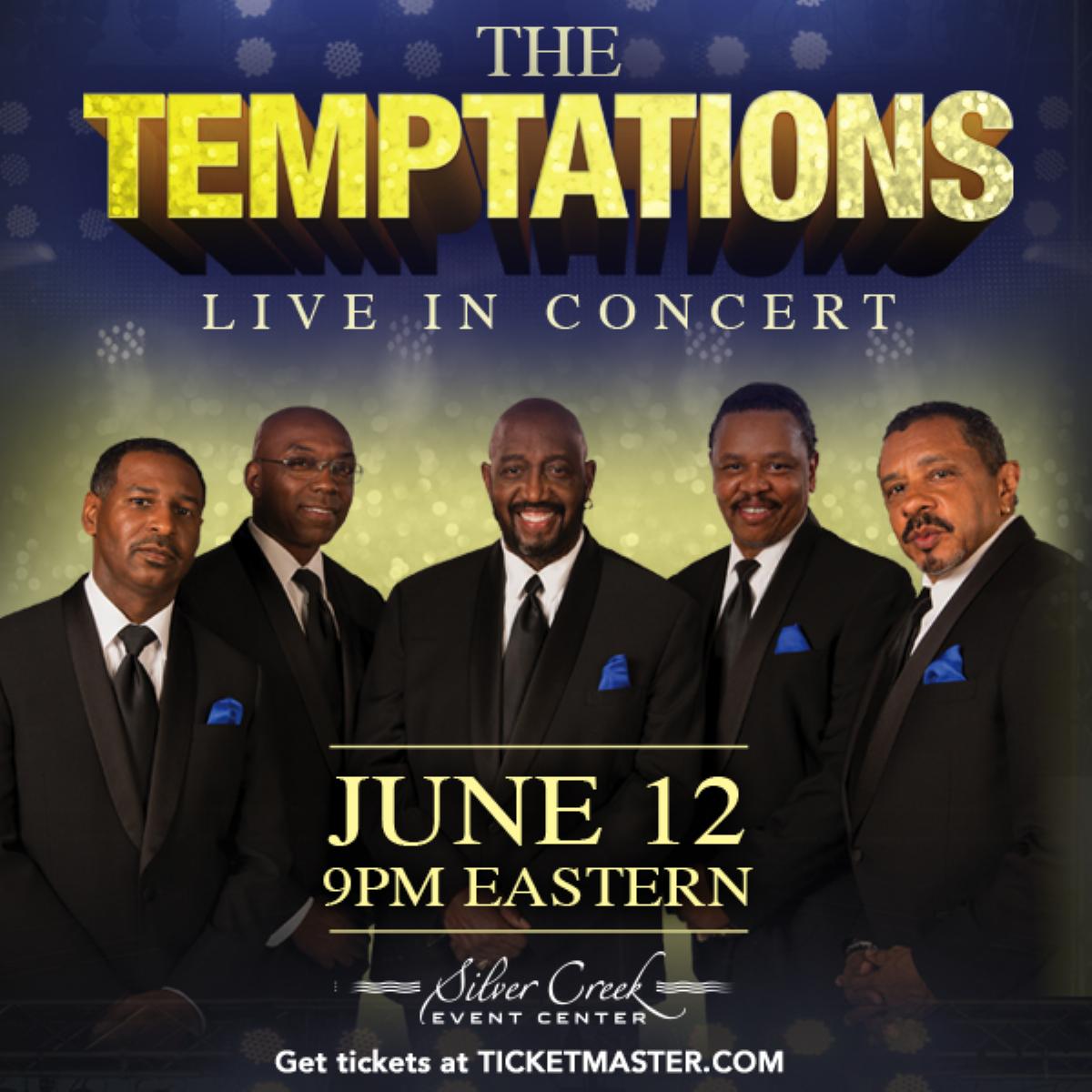 For nearly 60 years, The Temptations have reigned as one of popular music’s most beloved and successful groups worldwide. Billboard named the group this past month, one of the “125 Greatest of All Time Artists,” and in 2017 lauded them as the Number One R&B/Hip Hop Artists of All Time. The Temptations rose to the top of the charts with 16 Number One R&B albums and 43 Top Ten R&B hit songs across four decades, including 14 Number One singles. Their hits “My Girl,” “Ain’t Too Proud To Beg,” and “Get Ready” are timeless, iconic classics, while the group’s later forays into funk and psychedelia, including “Cloud Nine” and “Papa Was a Rollin’ Stone,” are just as influential. The group is one of Rolling Stone’s 100 Greatest Artists of All Time, and were inducted into the Rock and Roll Hall of Fame in 1989, into the Vocal Group Hall of Fame in 1999, and into the Rhythm & Blues Music Hall of Fame in 2013.

Currently the subject of a smash hit Broadway musical, “Ain’t Too Proud: The Life and Times of the Temptations,” which won the 2019 Tony Award for Best Choreography, the Temptations have won four Grammy Awards, including being honored with the Recording Academy’s Lifetime Achievement Grammy Award in 2013. In November, the Broadway Musical, “Ain’t Too Proud,” with the Grammy-winning Temptations’ music, was nominated for a Grammy Award in the “Best Musical Theater Album” category and the Awards category will be held in January 2020. Also, for the 2019 holiday season, Universal Music Enterprises just released in the market a first-of-its-kind, animated video featuring the Temptations’ “Silent Night,” one of the popular holiday songs of all time. The Temptations will mark their 60th Anniversary next year with an international concert tour. The Temptations are: Otis Williams, Ron Tyson, Terry Weeks, and Willie Greene. More information on The Temptations is available at http://www.temptationsofficial.com.