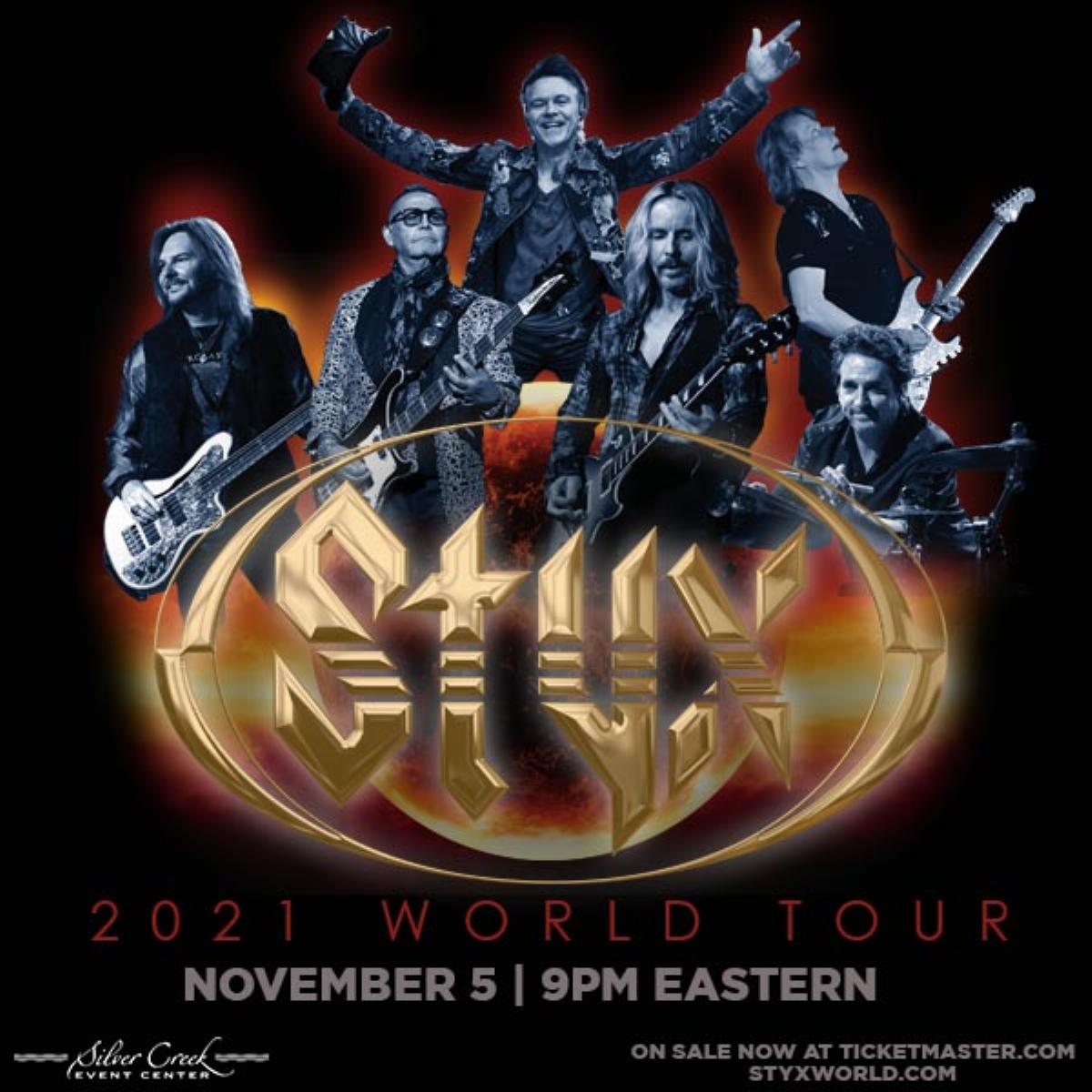 The six men comprising Styx have committed to “Rockin’ the Paradise” together with audiences far and wide by averaging over 100 shows a year every year since 1999, and each one of them is committed to making the next show better than the last. Founded in Chicago in 1972, Styx has the unique distinction of being the first band in rock history to have four consecutive certified multimillion-selling albums in a row: 1977’s The Grand Illusion, 1978’s Pieces of Eight, 1979’s Cornerstone, and 1981’s Paradise Theatre.

After 14 years, Styx’s sonically sweet 16th studio album and its most ambitious, most challenging, and most rewarding album to date, “The Mission,” was finally released on June 16, 2017, on the band’s label, Alpha Dog 2T/UMe. The highly anticipated two-disc reissue of “The Mission,” was released on July 27, 2018, via Alpha Dog 2T/UMe, which includes a CD of the original album, as well as a Blu-ray of “The Mission,” mixed in 5.1 Surround Sound accompanied by stunning visualizations for each of the album’s 14 songs based on the album artwork. “The Mission,” originally debuted on various Billboard charts, including: #6 Top Rock Albums, #11 Physical Albums, #11 Vinyl Albums, #13 Current Albums, #14 Billboard Top Albums, #16 Retail, #17 Mass Merch/Non-Traditional, #29 Digital Albums, and #45 Billboard 200 (includes catalog and streaming).

Styx draws from over four decades of barn-burning chart hits, joyous singalongs, and hard-driving deep cuts. Like a symphony that builds to a satisfying crescendo, a Styx set covers a wide range of stylistic cornerstones. From the progressively sweeping splendor that is “The Grand Illusion;” to the hunker-down fortitude of all that is the “Blue Collar Man;” from the majestic spiritual love for a special “Lady;” to the poignant rumination on the fleeting nature of fame in “Miss America;” from an individual yearning for true connection as a “Man in the Wilderness;” to a soul-deep quest to achieve what’s at the heart of one’s personal vision in “Crystal Ball;” from the regal reach-for-the-stars bravado of “Come Sail Away;” to the grainy all-in gallop of that rugged “Renegade” who had it made, Styx draws on an unlimited cache of ways to immerse one’s mind and body in their signature sound.  More information on Styx is available at https://styxworld.com.