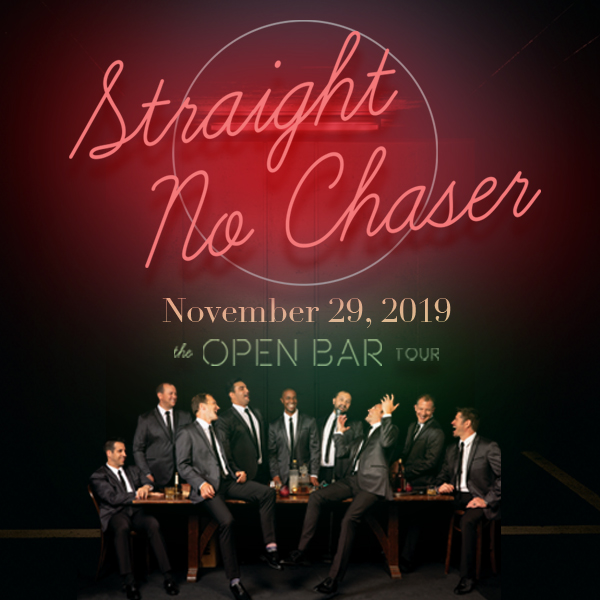 Straight No Chaser’s latest studio album, “ONE SHOT“ has SNC doing what they do best with distinctive takes on classic pop and soul favorites, including Ricky Martin’s “Livin La Vida Loca,” Fleetwood Mac’s “Go Your Own Way,” James Brown’s “Papa’s Got a Brand New Bag,” and the LP’s first single, an energetic mash-up of Boyz II Men and Montell Jordan entitled “Motownphilly/This Is How We Do It.”

“ONE SHOT” is further highlighted by a richly harmonized version of Simon & Garfunkel’s “Homeward Bound” in which the hard-touring group expresses their deep yearning for the comforts of family life. In addition, the LP features alongside seven entertaining conversational interludes wherein the nine members of Straight No Chaser trace their unlikely rise from an undergraduate singing group at Indiana University to a beloved Atlantic Records act with a devoted international fanbase.