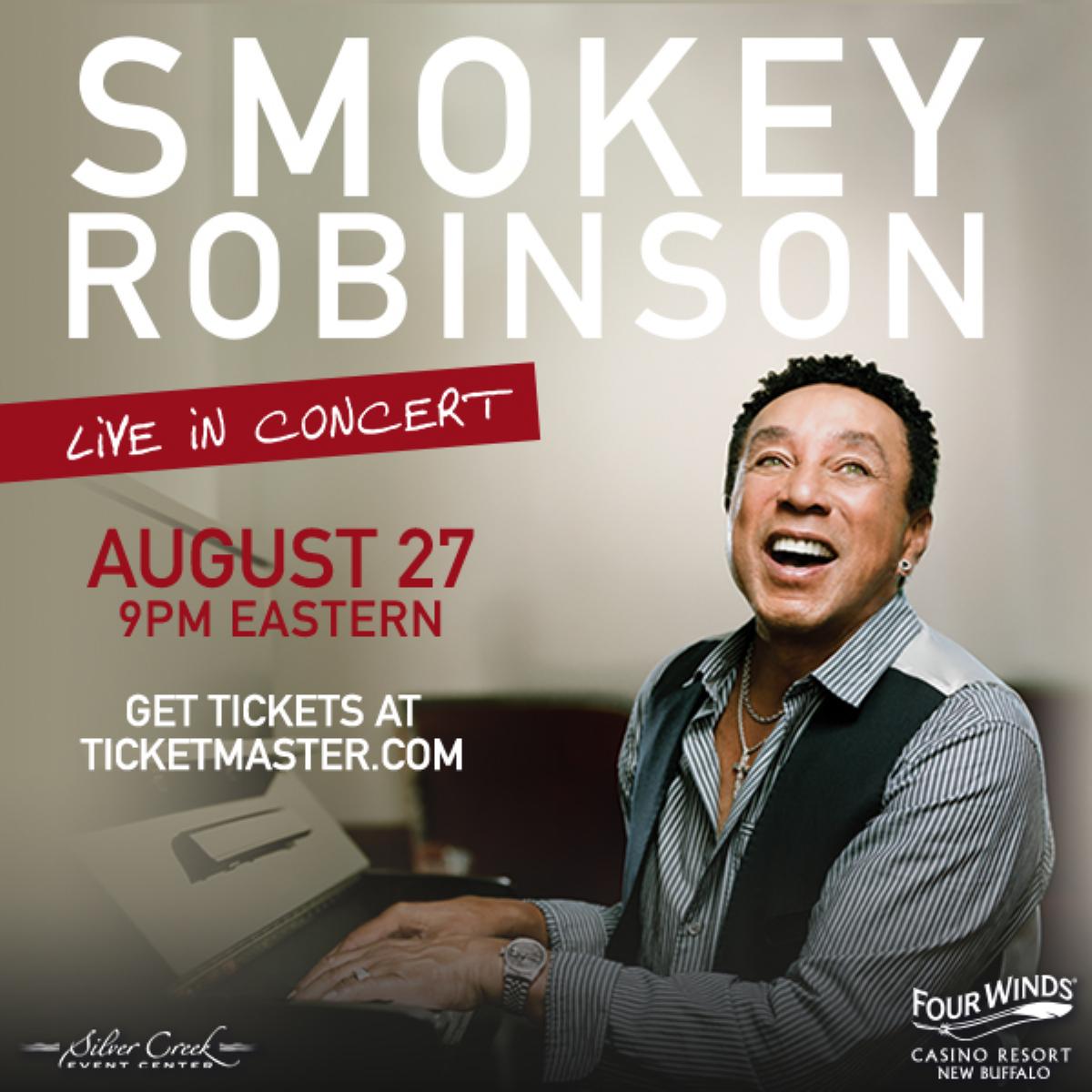 Smokey Robinson is a legendary singer-songwriter, record producer, record executive, and co-founder of Motown Records. Robinson and his group, the Miracles met Berry Gordy after a failed audition for singer Jackie Wilson’s managers and Gordy was impressed with Robinson's vocals and ambitious songwriting. With his help they released, “Got a Job,” and it was the beginning of a successful collaboration and the beginnings of Motown. Over the next decade, Robinson and the Miracles produced 26 top 40 hits, including several top 10 hits such as “You’ve Really Got a Hold on Me,” “I Second That Emotion,” “The Tears Of a Clown” and others. In 1975, Robinson released his most successful solo album, A Quiet Storm, which yielded three hit singles, “Baby That's Backatcha,” “The Agony & The Ecstasy,” and “Quiet Storm.”

In recent years, Robinson released the standards album, Timeless Love, Time Flies When You're Having Fun, Now And Then, and Smokey & Friends. Robinson has been Inducted into the Kennedy Center, awarded an individual star on the Hollywood Walk of Fame and a second star with The Miracles. He was awarded a medal at the National Medal of Arts, A Heritage Award at the Soul Train Music Awards, and a BET Lifetime Achievement Award. Howard University conferred on Robinson the degree of Doctor of Music as did the Berklee College of Music. More information on Smokey Robinson is available at www.smokeyrobinson.com.