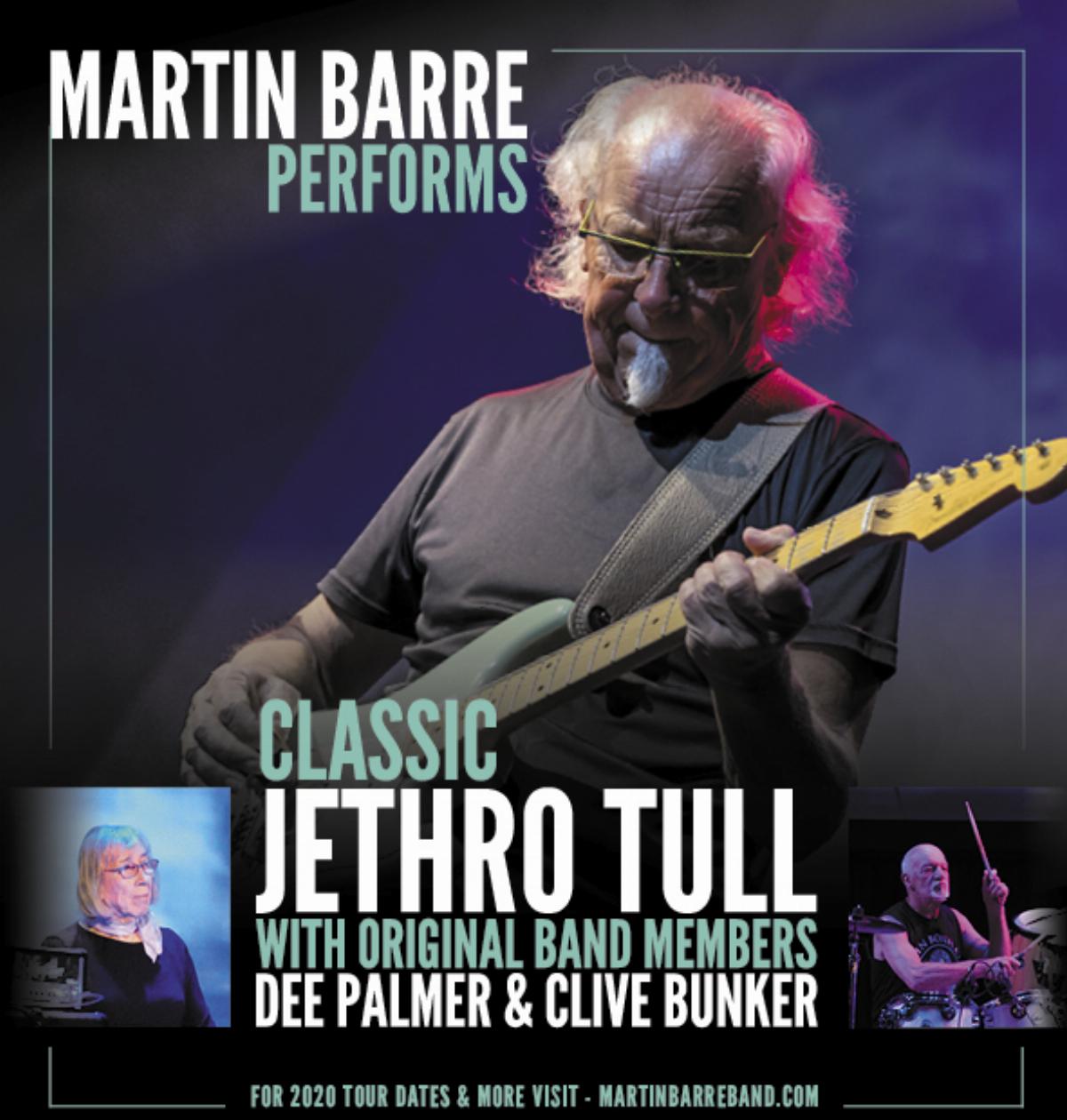 In 1969, a band of four English musicians arrived in New York and literally took America by storm. Over the next 50 years, this legendary band accumulated over 65 million record sales and a following of loyal fans that are the envy of rock bands worldwide! This band was Jethro Tull.

At the centre of Tull’s unique sound is guitarist Martin Barre. Renowned for his formidable mastery of historic riffs, power chords and soaring melodic solos.

Martin is celebrating the history of Jethro Tull, with a ‘Tour of Tours’. He will be bringing a spectacular show with his touring band, featuring Dan Crisp on lead vocals, Alan Thomson on keyboard, Darby Todd on Drums, with Becca Langsford and Alex Hart on vocals. Plus, two very special guests – Dee Palmer and Clive Bunker; both of whom performed with Tull for many years and were an important part of their success.