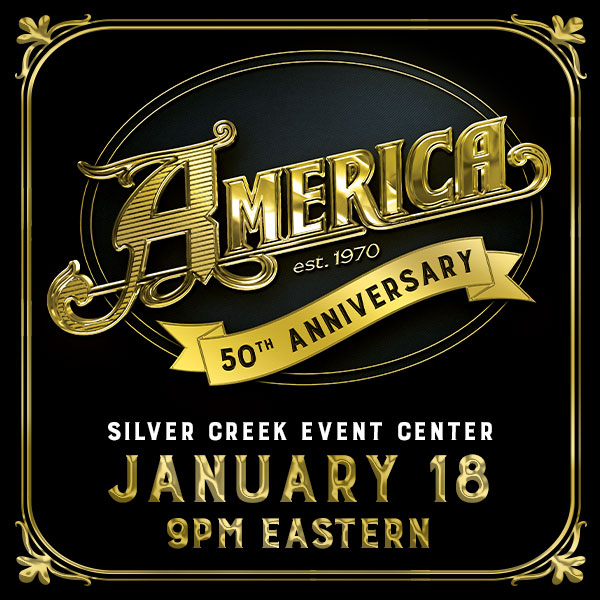 Almost 50 years ago, the Grammy Award-winning band was formed by Gerry Beckley, Dewey Bunnell and Dan Peek, who departed the band in 1977 and passed away in 2011, after meeting as sons of U.S. Air Force personnel stationed in London, where they began performing live.  AMERICA released their debut album on Capitol Records in 1971, which hit number one in the United States and featured the number one Billboard pop hit “Horse With No Name.”  AMERICA has influenced generations of musicians with their distinctive brand of acoustic-driven, harmony-rich rock, mixed with pop smarts, in soul-searching classic songs that reflected the times they were living in.

The band’s huge radio success throughout the ‘70s and early ‘80s at times overshadowed the lyrical depth of their songs such as the questing “Horse With No Name” (with its environmental message at the end); the frank romantic politics of “Sister Golden Hair”; the war paranoia of “Sandman” (written in part from conversations with returning airmen from Vietnam); and the cautionary life advice of “Don’t Cross The River.”