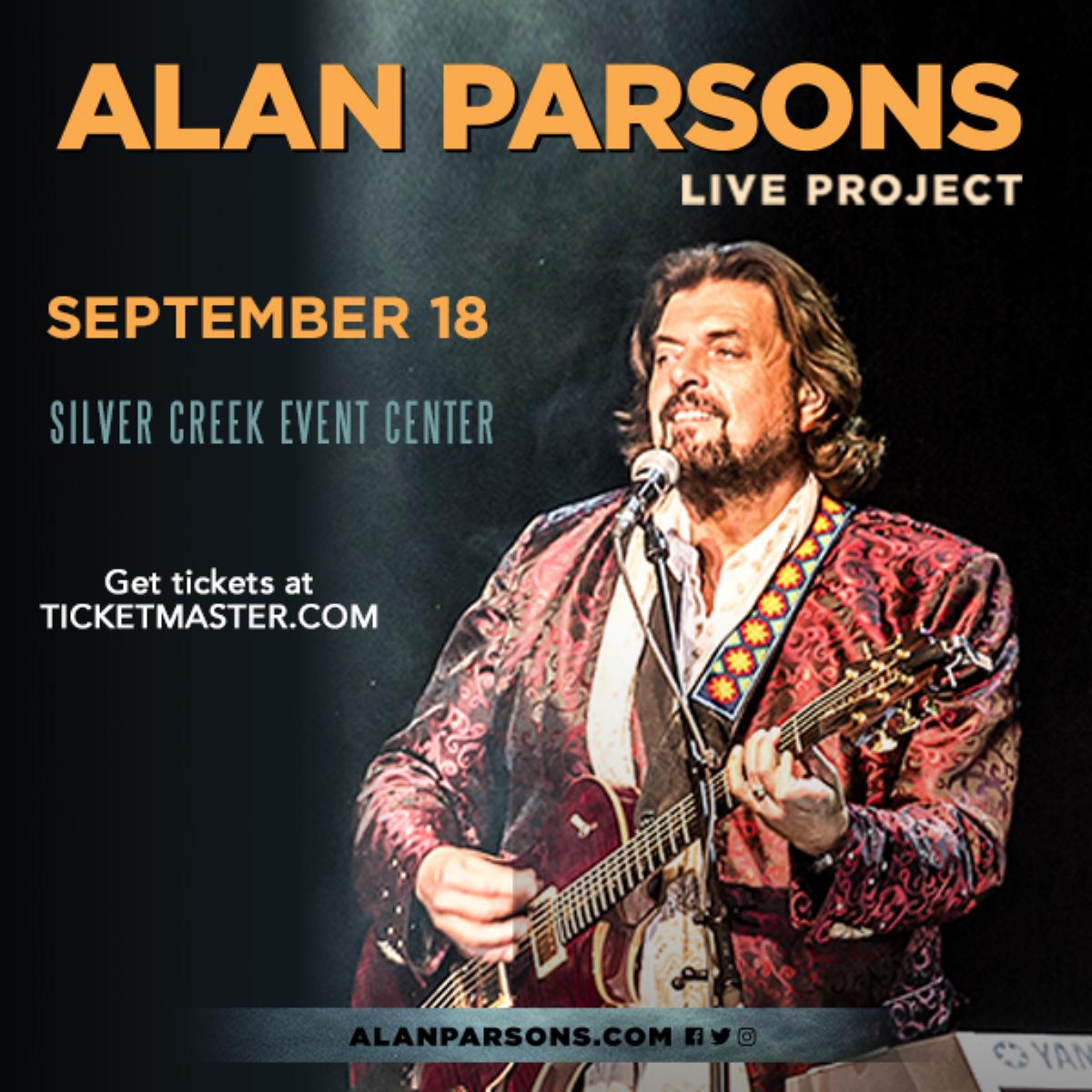 Alan Parsons is a Grammy award winning artist and legendary music icon who has a storied and unique history in the music business.  He was fortunate enough to work as the assistant engineer on the last two albums by The Beatles and after he became a fully-fledged recording engineer, he went on to work with Paul McCartney and The Hollies, among many others.  It was his contribution as an engineer on Pink Floyd’s classic “The Dark Side Of The Moon” that really got him the world’s attention.  That soon led to striking successes as a producer, notably with Pilot’s “Magic,” John Miles’ “Highfly” and “Music,” and Steve Harley’s “Make Me Smile.”  He also produced the hugely successful “Year Of The Cat” album with Al Stewart and two albums with American prog rock band Ambrosia.

In 1975 he met Eric Woolfson, who not only became his manager, but joined forces with Alan as a songwriting and performing partner for what became known as The Alan Parsons Project.  Their debut album, “Tales Of Mystery And Imagination,” based on the works of Edgar Allan Poe, paved the way for signing to Clive Davis’ newly launched Arista label and a string of hit albums, namely, “I Robot,” “Pyramid,” “The Turn of a Friendly Card,” “Eye in the Sky,” “Ammonia Avenue,” “Vulture Culture,” “Stereotomy,” and “Gaudi".

With his long-standing previous Alan Parsons Project collaborators, guitarist Ian Bairnson, drummer Stuart Elliott and orchestral arranger Andrew Powell, Alan dropped the “Project” identity for Alan Parsons’ “Try Anything Once” in 1994.  The partnership continued for “On Air” in 1996 and “The Time Machine” in 1999.  During this time, the first incarnation of “Alan Parsons Live Project” toured extensively all over the globe. Following Alan’s relocation to California in 1999, a brand new Live Project band was formed in 2003.  The current live band consists of Alan on acoustic guitar, keyboards and vocals, P.J. Olsson on vocals, Tom Brooks on keyboards, Guy Erez on bass, Jeff Kollman on guitar and vocals, Danny Thompson on drums, Todd Cooper on sax, percussion and vocals, Dan Tracey on guitar and vocals.  More information on The Alan Parsons Live Project is available at http://alanparsons.com.