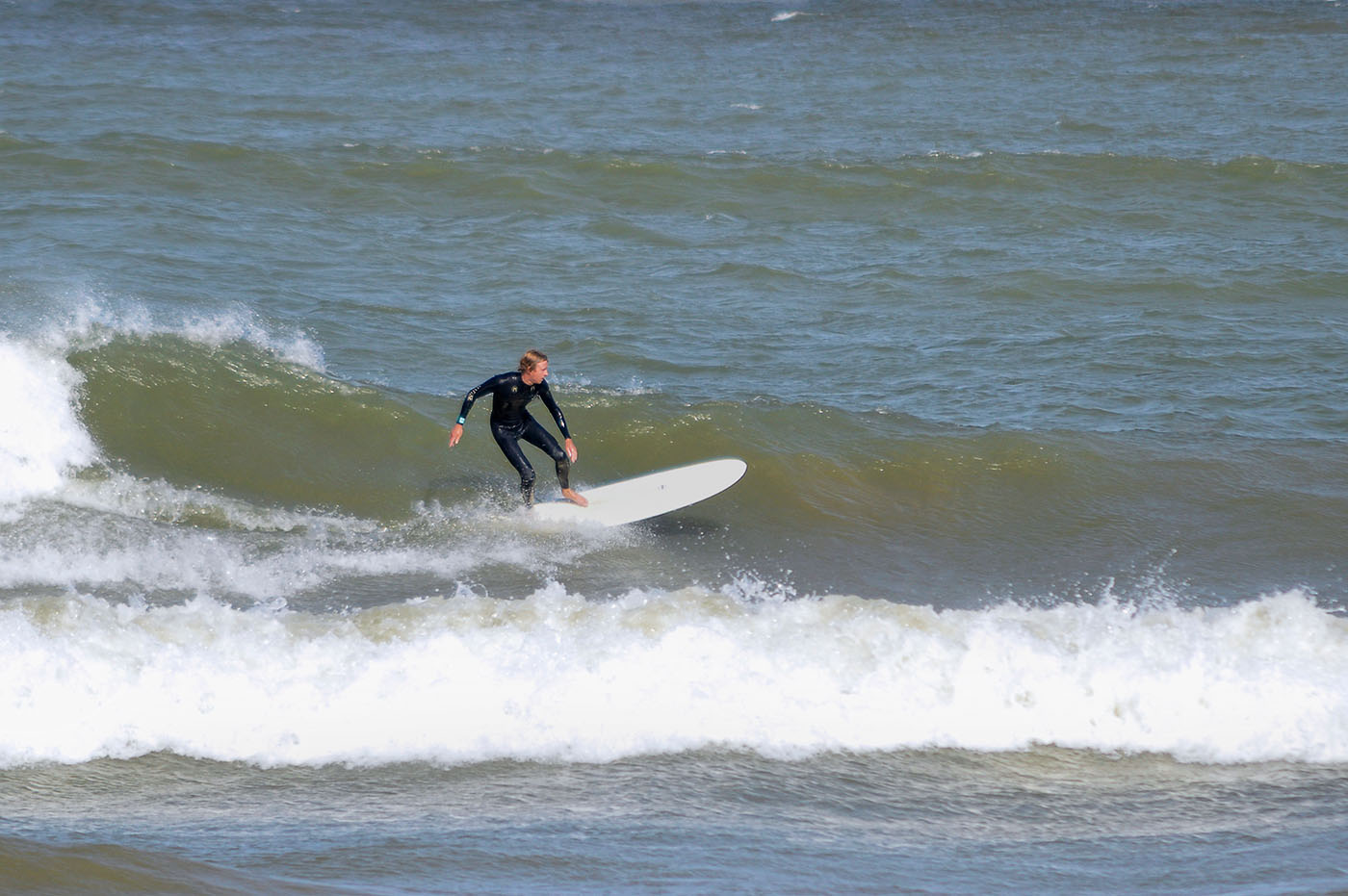 Though it is believed that Great Lakes breakers were first surfed nearly a century ago, and possibly much earlier by native peoples, the first significant wave of participants arrived in the 1960s. The California surf craze was leaking into Middle America, and small surfing communities sprouted across the Great Lakes. Slowly but surely, surfing spread throughout the region, and today, surfing on the Third Coast is more popular than ever.

The sheer size of the Great Lakes is what makes surfing on them possible. Containing six quadrillion gallons of water and more than 10,900 miles of shoreline, the Great Lakes are the largest fresh water system on earth and have more coastline than the East and West coasts combined. Furthermore, while ocean waves are created by distant storm systems, waves on the Great Lakes are formed by localized winds. Thanks to ongoing improvements in wetsuit technology, surfers are now able to comfortably ride lake waves year-round, including in winter!

With its rise in popularity, lake surfing and Third Coast Surf Shop have been featured by national and regional news sources like The CBS Early Show, NBC's The Today Show, The Weather Channel, Newsweek, The New York Times, and National Public Radio. Surfing in Chicago has also been legalized thanks to the work of lake surfers, and Third Coast is the closet surf shop to Chicago. The notion of surfing on freshwater lakes in the heartland of America, especially in winter, tends to catch people's attention.

Since 2005, our mission at Third Coast Surf Shop has been to spread the joy of the surfing lifestyle in the Great Lakes and beyond. Owned and operated by Great Lakes surfers, the shop offers rentals, lessons, kids' camps, repair, and a full line of surf and skate gear, clothing, and accessories; everything needed to get wet. So, come in, look around, and most importantly - have fun!

Best weather conditions for surfing in the Great Lakes:

Tips for surfing on fresh water:

Best places to learn the basics:

See you in the water,

Ryan @ the Third Coast Surf Shop Crew
(Ryan Gerard opened the first Third Coast Surf Shop in 2005 in New Buffalo, Michigan. A second anchor store was opened in St. Joseph in 2010, and four kayak and stand-up paddleboard rental sites have been added in Michigan's Great Southwest since. He started surfing on Lake Michigan in 1998 and has surfed in nearly a dozen countries since.)