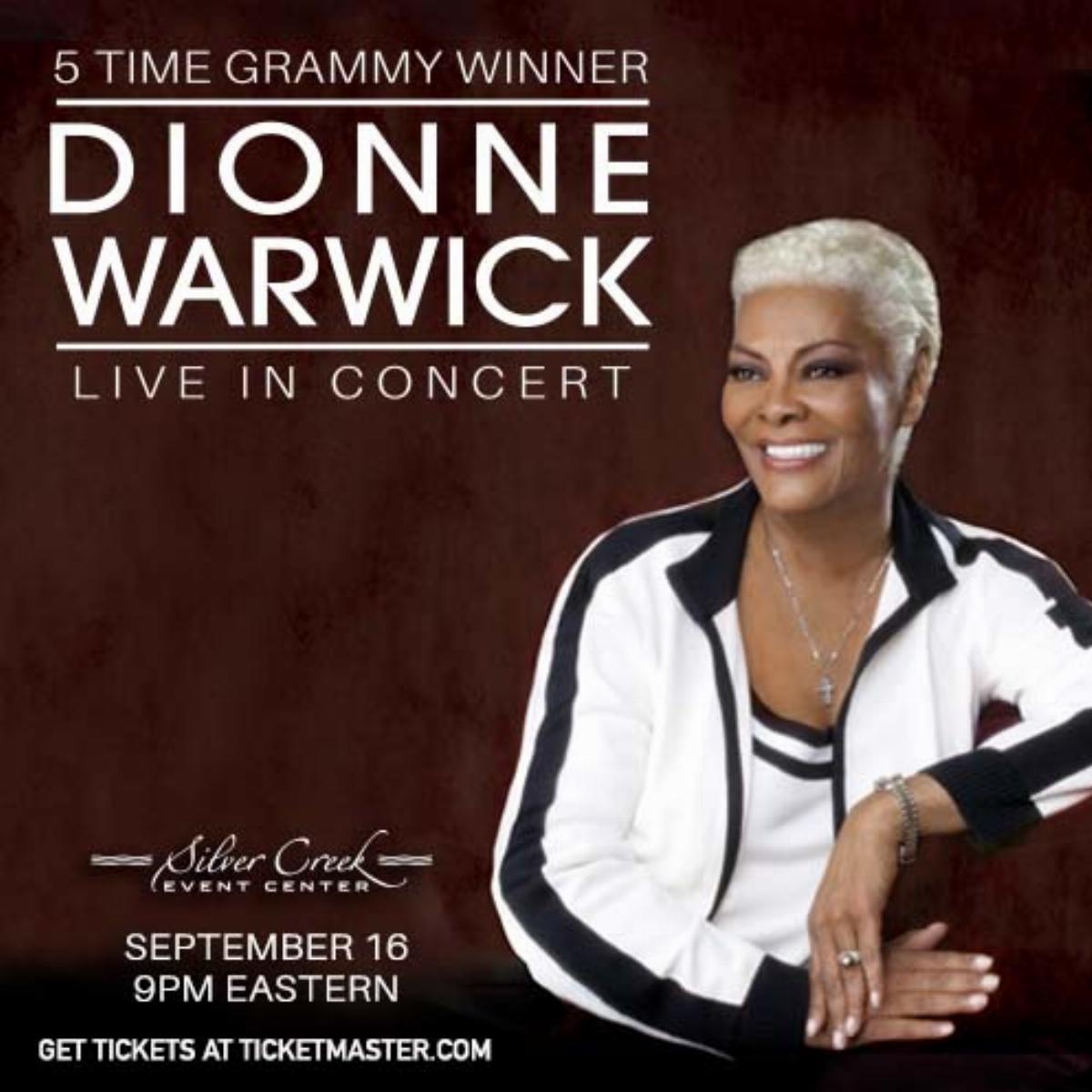 Dionne Warwick is a six-time Grammy Award-winning music legend who has earned more than 75 charted hit songs and sold over 100 million records.  She was discovered by Burt Bacharach and Hal David in 1961 and went on to record 18 consecutive Top 100 singles (“Don’t Make Me Over,” Walk on By,” “Say a Little Prayer,” “A House is Not a Home,” “Alfie,” “Heartbreaker,” “Déjà Vu,” among countless others).  She received her first Grammy in 1968 for “Do You Know the Way to San Jose?”.  Ms. Warwick became the first African-American solo female artist of her generation to win the prestigious award for Best Contemporary Female Vocalist Performance.

In 1985, she participated in the recording of “That’s What Friends Are For,” which became a number-one hit worldwide and raised awareness and major funds for AIDS research, which she continues to support, among other causes such as The Starlight Foundation, children’s hospitals, world hunger, disaster relief, and music education for which she has been honored and has raised millions of dollars.  Ms. Warwick also participated in the all-star charity single, “We Are the World” and performed at “Live Aid.”

Ms. Warwick has been honored by AMFAR, the Desert Aids Project, and Clive Davis at his pre-Grammy party. Ms. Warwick was also inducted into The Grammy Museum where a special 50th Anniversary career exhibit was unveiled.  Most recently, Ms. Warwick released a star-studded duets album entitled, “Feels So Good,” featuring collaborations with some of today’s greatest artists.  Most recently, Warwick was the recipient of the coveted and prestigious 2017 Marian Anderson Award for her career accomplishments and philanthropy.  She was honored in a 2018 PBS Television Special, “Then Came You,” was named 2019 Ambassador to the Smithsonian Institute’s Year in Music and is a 2019 Grammy Lifetime Achievement Award recipient.

More information on Dionne Warwick can be found at https://www.officialdionnewarwick.com/.